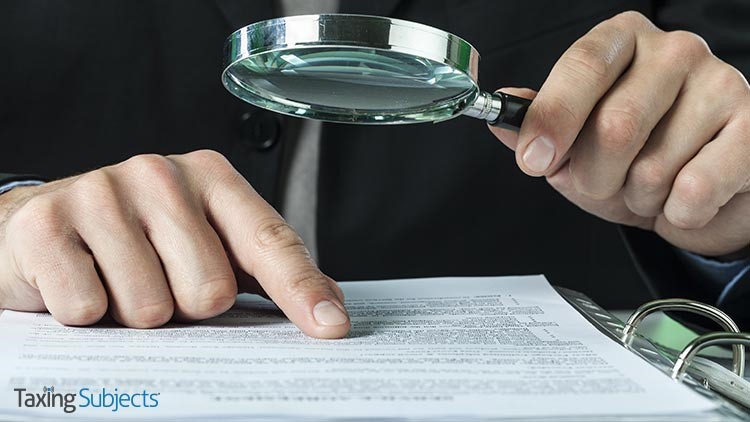 A new audit says the Internal Revenue Service hasn’t been doing enough to collect taxes owed by the wealthiest group of taxpayers. As a consequence, the billions of dollars they owe have gone uncollected.

The audit was done by the Treasury Inspector General for Tax Administration (TIGTA) because previous audits had shown “serious lapses” in the IRS approach to nonfilers. This audit looked specifically at whether the IRS is effectively addressing high-income nonfilers and if the agency’s new nonfiler strategy includes wealthy nonfilers.

All this is important because nonfilers of all income levels mean higher taxes for those of us who do file. This passage in the TIGTA report tries to put it into perspective: “The gross Tax Gap is the estimated difference between the amount of tax that taxpayers should pay and the amount paid voluntarily and on time.  The average annual gross Tax Gap is estimated to be $441 billion for Tax Years 2011 through 2013, and approximately $39 billion (9%) is due to nonfilers, taxpayers who do not timely file a required tax return and timely pay the tax due for such delinquent returns.”

The IRS admits that high-income nonfilers, while being fewer in number, contribute to the majority of the nonfiler Tax Gap.

What did the audit find?

The Inspector General’s audit looked at the inventory of nonfilers for tax years 2014 through 2016. The study identified over 879,000 high-income nonfilers—those who made more than $100,000 per year—who didn’t satisfy their filing requirements. Added together these nonfilers owed $45.7 billion.

What are TIGTA’s recommendations?

While the IRS has a new nonfiler strategy that appears to take a more strategic view of nonfiling, the strategy has yet to be implemented by the agency and is still in testing.

The audit report also finds fault with IRS policy that allows high-income nonfilers to slip through the cracks.

“Due to the policy on working single tax year cases without regard to how many returns have not been filed by a taxpayer, the IRS is missing out on opportunities to bring repeat high-income nonfilers back into compliance.

The audit makes seven recommendations, including:

The IRS disagreed with putting the nonfiler program under its own management structure, but partially agreed with four recommendations and fully agreed to two others.